CASE EVALUATION Free Initial Consultation
The information submitted in this form should not be construed to be the formation of a lawyer/client relationship.
Skip to content
Extradition | Criminal AttorneyKenneth Padowitz2021-02-23T04:02:06+00:00 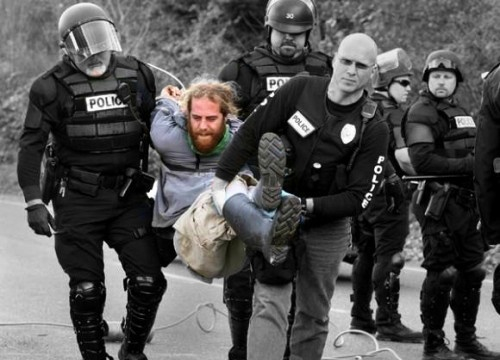 At Kenneth Padowitz P.A., we represent men and women facing extradition on fugitive arrest warrants back to Florida to answer Felony Criminal Charges.

Extradition often occurs when defendants have been arrested in one state while they have charges pending in another state. It is the process whereby defendants are surrendered by the law enforcement of the state so that they may be placed under the legal authority of a different state. In cases involving extradition proceedings, such as criminal cases that involve weapons, drugs, theft, outstanding warrants, domestic violence, and others, defendants may be detained for extended periods of time without bail. Although bail is sometimes not available as a means of securing release from detention while the defendant is pending transfer, there are strategies available that may result in the transfer of the offender without a prolonged detention.

The Florida extradition laws lay down a process of bringing a person arrested outside of Florida on a Fugitive Warrant back to Florida to face the criminal charges. Individuals sit in jail sometimes for long periods of time not realizing there are options to avoid the lengthy extradition process.

Kenneth Padowitz has in the past been successful in getting the Court that issued the Warrant to set a reasonable Bond to allow a client to voluntarily return to the jurisdiction after their release from custody.

The Extradition Clause of the U.S. Constitution

A person charged in any state with treason, felony, or other crime, who shall flee from justice, and be found in another state, shall on demand of the executive authority of the state from which he fled, be delivered up, to be removed to the state having jurisdiction of the crime.

This provision was implemented by congress to provide for cooperation between the States in the area of apprehension and delivery of fugitives. Every state has adopted provisions of the Uniform Criminal Extradition Act. The Act provides for a more uniform process for a state to demand the surrender another individual accused of a crime and who is located in another state. Each state has different requirements, but generally you can expect:

941.03 Form of demand.—No demand for the extradition of a person charged with crime in another state shall be recognized by the Governor unless in writing alleging, except in cases arising under s. 941.06, that the accused was present in the demanding state at the time of the commission of the alleged crime, and that thereafter he or she fled from the state, and accompanied by an authenticated copy of an indictment found or by information supported by affidavit in the state having jurisdiction of the crime, or by a copy of a warrant supported by an affidavit made before a committing magistrate of the demanding state; or by a copy of a judgment of conviction or of a sentence imposed in execution thereof, together with a statement by the executive authority of the demanding state that the person claimed has escaped from confinement or has broken the terms of his or her bail, probation, or parole. The indictment, information, or affidavit made before the magistrate must substantially charge the person demanded with having committed a crime under the law of that state; and the copy of indictment, information, affidavit, judgment of conviction, or sentence must be authenticated by the executive authority making the demand.

941.05 Extradition of persons imprisoned or awaiting trial in another state or who have left the demanding state under compulsion.—

941.06 Extradition of persons not present in demanding state at time of commission of crime.—The Governor of this state may also surrender, on demand of the executive authority of any other state, any person in this state charged in such other state in the manner provided in s. 941.03 with committing an act in this state, or in a third state, intentionally resulting in a crime in the state whose executive authority is making the demand, and the provisions of this chapter not otherwise inconsistent, shall apply to such cases, even though the accused was not in that state at the time of the commission of the crime, and has not fled therefrom.

941.10 Rights of accused person; application for writ of habeas corpus.—(1) No person arrested upon such warrant shall be delivered over to the agent whom the executive authority demanding the person shall have appointed to receive him or her unless the person shall first be taken forthwith before a judge of a court of record in this state, who shall inform the person of the demand made for his or her surrender and of the crime with which the person is charged, and that the person has the right to demand and procure legal counsel; and if the prisoner or his or her counsel shall state that he or she or they desire to test the legality of the arrest, the judge of such court of record shall fix a reasonable time to be allowed him or her within which to apply for a writ of habeas corpus. When such writ is applied for, notice thereof, and of the time and place of hearing thereon, shall be given to the state attorney for the county in which the arrest is made, and in which the accused is in custody, and to the said agent of the demanding state.

(2) A warrant issued under s. 941.07 shall be presumed to be valid, and unless a court finds that the person in custody is not the same person named in the warrant, or that the person is not a fugitive from justice, or otherwise subject to extradition under s. 941.06, or that there is no criminal charge or criminal proceeding pending against the person in the demanding state, or that the documents are not on their face in order, the person named in the warrant shall be held in custody at all times and shall not be eligible for release on bail. Contact an affordable bondsmen in Wentworth, NC for the fastest release possible.

941.22 Fugitives from this state; duty of Governor.—Whenever the Governor of this state shall demand a person charged with crime or with escaping from confinement or breaking the terms of his or her bail, probation, or parole in this state, from the executive authority of any other state, or from the Chief Justice or an associate justice of the Supreme Court of the District of Columbia authorized to receive such demand under the laws of the United States, the Governor shall issue a warrant under the seal of this state, to some agent, commanding the agent to receive the person so charged if delivered to him or her and convey the person to the proper officer of the county in this state in which the offense was committed.

If you are facing extradition it is imperative that you secure legal counsel. Kenneth Padowitz is known for his legal expertise and will work with clients to explain the process that they are facing so that they may develop and implement an effective plan of strategies for any and all charges. Contact Kenneth Padowitz, P.A. at 954-761-3888 or via email to set up a time for an initial consultation with our criminal attorney. We handle cases throughout Broward County and all of South Florida, including: Boca Raton, Fort Lauderdale, Parkland, Plantation, Pembroke Pines, Miami, Palm Beach, Weston, and Hollywood.