CASE EVALUATION Free Initial Consultation
The information submitted in this form should not be construed to be the formation of a lawyer/client relationship.
Skip to content
Domestic Violence | Fort Lauderdale Criminal Defense AttorneyKenneth Padowitz2022-11-03T15:32:42+00:00 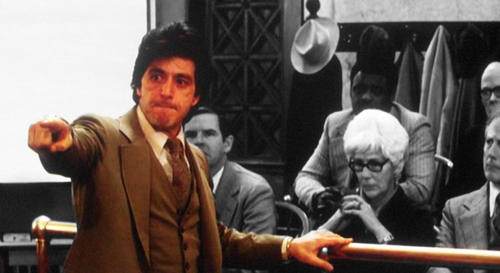 Cases of domestic violence are often a highly emotional one for all parties involved. Domestic violence is a broad term that generally refers to physical or emotional abuse of a spouse, relative, romantic partner, or housemate. It may encompass acts of physical violence, emotional manipulation, harassment, stalking, neglect, and/or sexual abuse. Domestic violence can also include physical, emotional, or sexual variations of child abuse and elder abuse. Different jurisdictions have different ideas on what falls under the umbrella term of “domestic violence”.

Domestic violence is often difficult to determine, because it tends to exist in a legal and social “gray area”. Spanking your child, for example, is considered by some to be an acceptable form of parenting, but others consider this action to be an example of child abuse. Domestic violence can be further complicated by mutually abusive behavior by the involved parties, victim mentality (wherein the victim denies or minimizes the severity of abuse), and a prevailing attitude of secrecy.

Domestic violence public awareness has increased over the years; legislation has been passed and law enforcement has become increasingly aggressive in their efforts to help protect those being abused. With this increased effort comes with it the cost of justice; it can be argued that there has also been an increase in unfounded accusations or groundless arrests. On a typical day, there are more than 20,000 phone calls placed to domestic violence hotlines nationwide. Simple misunderstandings or false accusations can have a devastating effect on someone who is wrongfully charged with domestic violence. The person charged can lose their friends, job, and reputation in their community – even if they are ultimately found innocent. The stigma attached to people who are thought to have committed or been the victim of domestic violence can destroy families, careers, social standings, and relationships. In these situations, you need a criminal defense attorney to assist you.

Since domestic violence can take so many forms, the range of consequences is equally wide. The criminal records, nature of the relationship, age, and degree of obvious abuse are also factored in. Some jurisdictions won’t proceed with domestic violence charges unless there is clear bruising, scarring, or eyewitness accounts of violent behavior. Other jurisdictions place more credence in factors such as victim reports of abuse, and medical records that indicate a history of suspicious injuries. Charges are also generally more severe if they involve crossing state lines, possession of a firearm or weapon, drug or alcohol abuse, and/or violation of probation, parole, or a restraining order. Consequences can include loss of custody, mandatory participation in therapy or anger management programs, and jail time. Domestic violence incidents can escalate into severe offenses such as rape or murder, which carry heavier penalties. Social and personal implications for all involved parties should also be considered.

Here in Fort Lauderdale, Florida, we have made it our mission to protect the rights of those men and women who have been accused of domestic violence. The variations among domestic violence laws and punishments across jurisdictions can be confusing. If you need help, contact Broward criminal lawyer, Kenneth Padowitz, today. His legal expertise gained through past experience as an assistant state attorney prosecuting similar charges has given him a broad range of knowledge about domestic violence offenses and laws. He will look at the potential mitigating factors of your case, and find the best way to proceed with your charge and aggressively defend your rights. Kenneth Padowitz aggressively defends those accused of crimes throughout Broward County and all of South Florida, including: Fort Lauderdale, Boca Raton, Miami, Palm Beach, Parkland, and Weston. An aggressive criminal defense lawyer is essential.