CASE EVALUATION Free Initial Consultation
The information submitted in this form should not be construed to be the formation of a lawyer/client relationship.
Skip to content
10-20-LIFE | Fort Lauderdale Criminal Defense AttorneyKenneth Padowitz2019-10-20T21:35:29+00:00 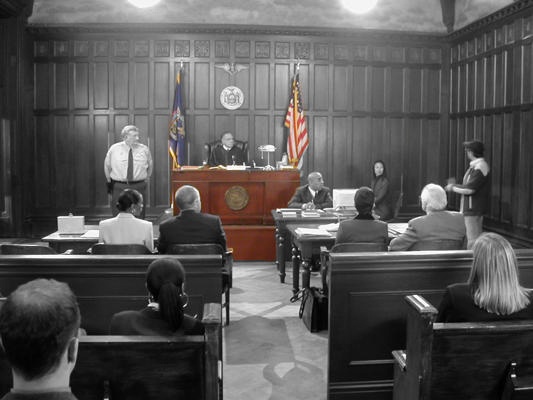 The 10-20-Life law is a mandatory minimum sentencing law in Florida that was passed by Florida Legislature in 1999, which amended section 775.087 of the Florida Statutes. One year later, the law was extended to apply to those with prior criminal records, as well as juvenile offenders, ages 16-17, who fired a gun during the commission of a crime. Whenever a firearm is used during the commission of a forcible felony, the 10-20-Life statute takes goes into effect. It provides for three basic minimum sentences, 10 years, 20 years, or life in prison, depending on the severity of the crime; this is also where it gets its name. Before the law went to effect, 31,645 violent felonies involving firearms took place in Florida.

What does the 10-20-Life Specifically Mandate?

The law is relatively specific in what categories of crimes fall under it. Also, these mandatory sentences must be served consecutively, along with any other sentence an offender may have acquired.

Other rules established by the 10-20-Life law

Other mandatory minimum sentences were established in addition to those listed above, requiring:

It is also important to note that in reference to the sentencing guidelines under Florida law, any emergency care provider, public transit employee, firefighter, correctional officer, or police officer, is considered a law enforcement officer. Along with those involved in violent felonies, mandatory minimum sentences were also created for drug traffickers and drug distributors.

How effective is the 10-20-Life Law In Preventing Firearm Related Felonies?

Although the overall violent crime rate in Florida, including murder, has dropped throughout the state, 75% of all homicides in Florida involve guns. From 2000, that is a 56% increase in the use of guns when dealing with homicides.

According to this new law, all crimes are treated in black-or-white terms. What this means is the context of the situation in which the offense was committed no longer can influence the judge in his sentencing. These are mandatory minimum sentences. What this law effectively took away was the judge’s discretion in how punishment should be carried out. One offender may really only deserve 6 months in jail, but according to these mandatory minimum sentences, the judge no longer has the power to decide that, and must strictly follow the sentencing guidelines. Another criticism is that there are times those accused are completely innocent, but instead of facing the possibility of a mandatory-minimum prison sentence if convicted at trial, end up deciding to take a plea deal for a lesser charge at the discretion of the prosecutor. In other words, people are now being punished for going to trial to prove their innocence. People who roll the dice because they are innocent may end up getting a harsher sentence at trial, compared to those who are not innocent and avoid a lengthy prison sentence by taking a plea deal.

If you have been charged or believe you will be charged with a crime in which the 10-20-Life statute applies, you need to take action and reserve a criminal defense lawyer right away. Kenneth Padowitz, P.A. will provide the aggressive representation you need to resolve your situation. Don’t roll the dice when you are deciding on which lawyer to hire, mandatory minimum sentences are nothing to mess around with. Fort Lauderdale criminal defense attorney Kenneth Padowitz, will provide you with a strategic criminal defense. Contact our law firm for an initial consultation with our Broward criminal lawyer to discuss this important matter.