CASE EVALUATION Free Initial Consultation
The information submitted in this form should not be construed to be the formation of a lawyer/client relationship.
Skip to content
Aggravated Identity Theft | Fort Lauderdale Federal Criminal Defense AttorneyKenneth Padowitz2019-10-20T21:35:42+00:00 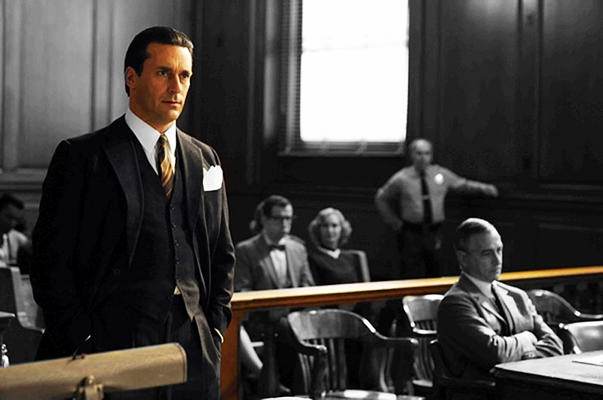 Identity Theft is the stealing of someone’s Identity by pretending to be someone else for criminal purposes such as obtaining credit or other benefits associated with the other person’s name. The victim of Identity theft can suffer adverse consequences such as loss of credit, or being held responsible for the action of the perpetrators while using their stolen identity. Since the 9/11 attacks in New York, the federal government has cracked down on the prosecution of Identity Theft by using the Federal Identity Theft statute (Aggravated Identity Theft, Title 18, United States Code, Section 1028A) as a hammer to prosecute a many different types of cases.

(1) In general.— Whoever, during and in relation to any felony violation enumerated in subsection (c), knowingly transfers, possesses, or uses, without lawful authority, a means of identification of another person shall, in addition to the punishment provided for such felony, be sentenced to a term of imprisonment of 2 years.

(2) Terrorism offense.— Whoever, during and in relation to any felony violation enumerated in section 2332b (g)(5)(B), knowingly transfers, possesses, or uses, without lawful authority, a means of identification of another person or a false identification document shall, in addition to the punishment provided for such felony, be sentenced to a term of imprisonment of 5 years.

(b) Consecutive Sentence.— Notwithstanding any other provision of law—

(1) a court shall not place on probation any person convicted of a violation of this section;

(4) a term of imprisonment imposed on a person for a violation of this section may, in the discretion of the court, run concurrently, in whole or in part, only with another term of imprisonment that is imposed by the court at the same time on that person for an additional violation of this section, provided that such discretion shall be exercised in accordance with any applicable guidelines and policy statements issued by the Sentencing Commission pursuant to section 994 of title 28.

(1) section 641 (relating to theft of public money, property, or rewards

(3) section 922 (a)(6) (relating to false statements in connection with the acquisition of a firearm);

(4) any provision contained in this chapter (relating to fraud and false statements), other than this section or section 1028 (a)(7);

(5) any provision contained in chapter 63 (relating to mail, bank, and wire fraud);

(6) any provision contained in chapter 69 (relating to nationality and citizenship);

(7) any provision contained in chapter 75 (relating to passports and visas);

(9) section 243 or 266 of the Immigration and Nationality Act (8 U.S.C. 1253 and 1306) (relating to willfully failing to leave the United States after deportation and creating a counterfeit alien registration card);

(10) any provision contained in chapter 8 of title II of the Immigration and Nationality Act (8 U.S.C. 1321 et seq.) (relating to various immigration offenses); or

An individual facing prosecution for Aggravated Identity Theft may also face other crimes based on the personal information taken and how it was used. Depending on the circumstances, the criminal exposure may also be to:

The Federal law, 18 U.S. Code § 1028A, acts as an enhancement to any defendant found guilty of any federal crime in section “c” of 1028A. In essence, a defendant is punished an extra 24 months mandatory prison which is consecutive to any sentence that is imposed on a conviction to an underlying crime.

The crime that is underlying which places the Aggravated Identity Theft charge into motion can be any white-collar felony Federal crime. This list of such crimes can include, Security Fraud, Bank Fraud, Theft, Embezzlement, crimes involving applications for passports, citizenship, wire fraud and social security fraud.

Subsection (a)(2) imposes a mandatory five-year sentence enhancement on anyone who “knowingly transfers, possesses, or uses, without lawful authority, a means of identification of another person or a false identification document” during and in relation to certain enumerated terrorism- related felonies. 18 U.S.C. § 1028A(a)(2).

Strategy and Tactical Considerations When Dealing With Aggravated Identity Theft

Even with minimum mandatory sentencing, there is still hope of a successful outcome. Many times the prosecution will add the count of Aggravated Identity Theft as a bargaining chip to be later dropped if an agreement can be reached on the underlying Federal charges. In some situations, the elements of the charge itself cannot be proved beyond a reasonable doubt. Only an experienced criminal defense trial lawyer can guide you through the maze of legal precedents in these type of cases.

Here at Kenneth Padowitz P.A., we have made it our mission to protect the rights of those men and women who have been accused of Aggravated Identity Theft in Federal Court throughout South Florida, including: Fort Lauderdale, Miami, Palm Beach, Boca Raton, Weston, and Parkland. If you need help, call Kenneth Padowitz today. His legal expertise gained through past experience as an Assistant State Attorney prosecuting similar charges has given him a broad range of knowledge about Aggravated Identity theft offenses and laws that apply. He will look at the potential mitigating factors of your case, and find the best way to proceed with your charge, aggressively defending your rights. An aggressive criminal defense lawyer with experience in Federal Court is essential.