CASE EVALUATION Free Initial Consultation
The information submitted in this form should not be construed to be the formation of a lawyer/client relationship.
Skip to content
Petit Theft / Shoplifting | Fort Lauderdale Criminal Defense AttorneyKenneth Padowitz2019-10-20T21:35:37+00:00 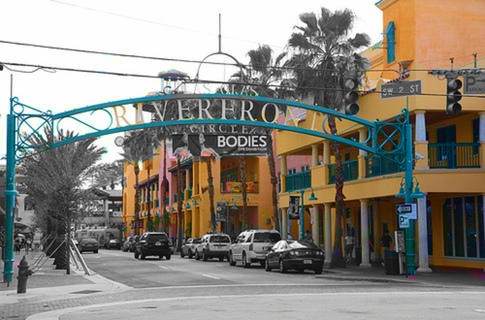 Theft charges can vary depending on the value of the stolen goods, along with prior convictions of theft. In the state of Florida, theft of $300 or less is considered petit theft, while anything of value between $300 and $20,000 is considered grand theft. Most commonly these crimes occur at retail stores via shoplifting. Theft is committed when a person knowingly takes or uses ones property with an intent to temporarily or permanently deprive that person of the property. The prosecutor must prove beyond a reasonable doubt, that the accused had the “intent” to steal. Proving the intent element of the crime of Petit Theft can be difficult and that is why it is very important to contact an experienced Criminal Defense Trial Lawyer such as Ken Padowitz.

(1) A person commits theft if he or she knowingly obtains or uses, or endeavors to obtain or to use, the property of another with intent to, either temporarily or permanently:

First-degree petit theft occurs when the property stolen is valued of less than $300, but more than $100. This crime is punishable as a first degree misdemeanor.

Second degree petit theft occurs when the property is of a value of less than $100. A second degree misdemeanor is the punishment associated with the crime.

If a person has been convicted in the past two or more times to any type of theft crimes, a felony of the third degree occurs when petit theft is committed.

Some Penalties Associated with Petit Theft

No matter the value of items stolen during a theft, anyone in Florida convicted of a misdemeanor theft may have their license suspended. In cases of a repeat offender, there is a good likelihood that a suspended license will occur. On top of criminal liability, the crime of petit theft is subject to civil penalties as well. Whether you are a parent of a minor who commits shoplifting or the defendant, the victim may be entitled to some monetary damages. The victim’s attorney costs and fee’s as well as three times the amount of the value of the stolen goods; or $200, whichever is greater, can be the responsibility of the defendant.

What Are Some Defenses To Petit Theft Or Shoplifting?

There may be many defenses that a seasoned, aggressive and experienced Criminal Defense Trial Lawyer like Kenneth Padowitz may uncover after a through review of the case. For instance, in a case where the Prosecution only proved the “purchase price” of the allegedly stolen items was over $100 not the “present value” of the items, the Appellate Court found the charges should have been a 2nd Degree misdemeanor punishable by only 60 days in the County Jail, as opposed to a First Degree misdemeanor punishable by one year in Jail. See Mitchell v. State, 2006.

If you have been charged with theft of any kind, or believe a charge is on the horizon, give Kenneth Padowitz, Esq. a call. With trial-proven results, Kenneth Padowitz is an experienced Fort Lauderdale criminal defense attorney and is here to help you. Do not hesitate to call Kenneth Padowtiz, P.A. to discuss this important matter.