CASE EVALUATION Free Initial Consultation
The information submitted in this form should not be construed to be the formation of a lawyer/client relationship.
Skip to content
OBSTRUCTION OF JUSTICEKenneth Padowitz2019-10-20T21:35:30+00:00 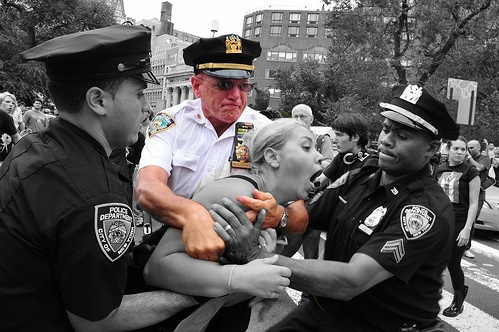 Obstruction of justice charges in Florida may include charges for resisting on officer with violence or without violence, as well as refusing to aid peace officers, falsely impersonating an officer, escape, aiding escape, failing to appear on bail, depriving crime victims of medical care, and others.  Obstruction of justice generally serves as a catchall and may apply to various circumstances where suspects refuse to cooperate with law enforcement.  Broward criminal defense attorney Kenneth Padowitz, P.A. has successfully defended obstruction of justice charges throughout South Florida and the United States.

Resisting officer without violence to his or her person.—Whoever shall resist, obstruct, or oppose any officer as defined in s. 943.10(1), (2), (3), (6), (7), (8), or (9); member of the Florida Commission on Offender Review or any administrative aide or supervisor employed by the commission; county probation officer; parole and probation supervisor; personnel or representative of the Department of Law Enforcement; or other person legally authorized to execute process in the execution of legal process or in the lawful execution of any legal duty, without offering or doing violence to the person of the officer, shall be guilty of a misdemeanor of the first degree, punishable as provided in s. 775.082 or s. 775.083.

Resisting officer with violence to his or her person.—Whoever knowingly and willfully resists, obstructs, or opposes any officer as defined in s. 943.10(1), (2), (3), (6), (7), (8), or (9); member of the Florida Commission on Offender Review or any administrative aide or supervisor employed by the commission; parole and probation supervisor; county probation officer; personnel or representative of the Department of Law Enforcement; or other person legally authorized to execute process in the execution of legal process or in the lawful execution of any legal duty, by offering or doing violence to the person of such officer or legally authorized person, is guilty of a felony of the third degree, punishable as provided in s. 775.082, s. 775.083, or s.775.084.

Defenses To Resisting Without Violence

There are various defenses to Resisting Without Violence that are fact specific to each individual case. A jury must determine that there was in fact resistance, opposition, or obstruction. A jury may be ultimately responsible to determine what the facts are for each allegation or charge and this applies to Resisting Arrest as well. Many times, the officer’s determination to make an arrest is not corroborated or backed up with sufficient evidence to sustain the charge. Frequently there may be contradictory evidence or other eyewitness testimony that is contrary to the officer’s claims.

What may appear as “resistance” to an officer may only be an involuntary reaction such as falling, reacting to pain or other action that may be reflexive in nature but not opposing the officer.

An officer must be acting on a legal duty and a lawful manner for “resisting” in the first place. In D.G. v. State, 661 So.2d 75, the court held that “a suspect can commit the offense of obstructing a police officer without violence by providing false information to a police officer during a valid arrest…but the court noted that this rule…does not obligate a person to give his or her correct identity to an officer unless that person is legally detained.” A conviction for Obstructing Without Violence would not be upheld if a person did not give his correct identity if there was not a legal reason for the detention.

If an officer unlawfully detains or arrests an individual there may be a legal basis to lawfully resist the officer. For example, a trooper observed a witness running from the scene of an accident. The witness was running because he was skipping school. The Appeals Court found that was not a proper arrest for Resisting Without Violence. See S.G.K. v. State, 657 So.2d 1246.

Resisting an arrest with or without violence is a serious crime, in which an experienced trial attorney should be contacted. South Florida Criminal Attorney Kenneth Padowitz, Esq. provides aggressive criminal defense strategies for clients facing State or Federal charges. If you have been charged or believe you may be charged in the future, hiring a criminal defense attorney should be your main priority. ContactKenneth Padowitz, P.A. to discuss this important matter.