CASE EVALUATION Free Initial Consultation
The information submitted in this form should not be construed to be the formation of a lawyer/client relationship.
Skip to content
Carjacking | Fort Lauderdale Criminal DefenseKenneth Padowitz2019-10-20T21:35:38+00:00 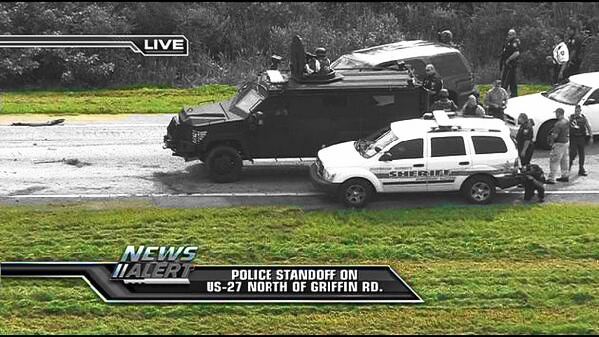 Carjacking in Florida is a very serious crime, punishable by up to 30 years in prison. The crime of carjacking is the taking of a motor vehicle by force, when the vehicle is occupied. Carjacking is a form of robbery. It is also considered a violent crime because of the way in which the crime is carried out. For that reason it makes it very important to contact a legal professional such as Fort Lauderdale Criminal Defense Attorney Kenneth Padowitz, to defend your rights. Carjacking was prevalent during the middle part of the 90’s in high crime urban areas, as well as the South Florida area. This led to the Federal Anti-Car Theft Act. The penalties associated with convictions of carjacking’s were also increased to try and deter further cases of carjacking.

(1) “Carjacking” means the taking of a motor vehicle which may be the subject of larceny from the person or custody of another, with intent to either permanently or temporarily deprive the person or the owner of the motor vehicle, when in the course of the taking there is the use of force, violence, assault, or putting in fear.

Under Florida law, carjacking is a First Degree felony. As in most cases, if a firearm or deadly weapon was used during the commission of the carjacking, the penalties can be enhanced. There is a possibility of life in prison by using a weapon either in an attempt or during a carjacking. A minimum of 48 months in jail is mandatory when a firearm or deadly weapon is used. Other penalties associated with carjacking are fines, home detention, and community service.

What are the Elements of the Crime of Carjacking that Must be Proved by the Prosecution?

The elements of carjacking are the use of force, attempted robbery or robbery, of the victim. Police as well as prosecutors go after carjacking cases aggressively in Florida. However, each and every one of the elements must be proven beyond a reasonable doubt by the prosecution.

There are a number of possible defenses, with the most common being the misidentification of the accused by the witnesses or victim. A number of studies have shown that simultaneous lineups lead to significant mistakes in identifications. This is just one of many defenses available to a carjacking defendant.

For Example, the Florida Supreme Court found the following in Fitzpatrick v. State:

Fort Lauderdale Criminal Defense Attorney Kenneth Padowitz,  aggressively defends cases of carjacking. The best way to approach a charge of carjacking is with a trial proven Criminal Defense Attorney like Kenneth Padowitz. If you or someone you know has been charged, or may be charged with carjacking, call our law firm to discuss this important matter. We represent clients throughout Broward County and all of South Florida, including: Fort Lauderdale, Miami, Palm Beach, Boca Raton, Parkland, and Weston.