“People sometimes only get one opportunity in life to really make a difference and to change the course of their future, and here is his opportunity” 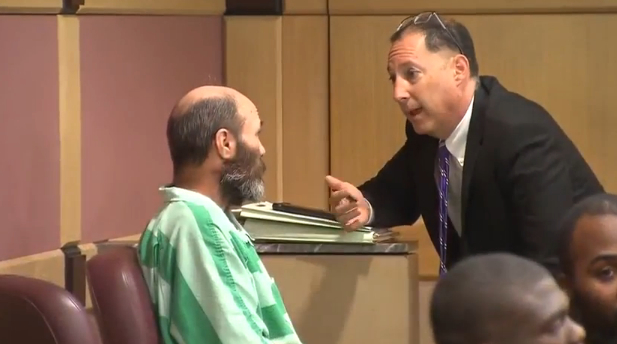 A South Florida homeless burglary suspect got his bond reduced this week thanks to his long-lost family members who he hasn’t seen in decades.

Jose Perez last saw his father and siblings when he was just 9 months old before his mother took him away.

“We were always looking for him, always,” Perez’s sister, Bertha Solorzano, said. “We were always encouraged to go online and try to find him. We just didn’t know where.”

“I called my dad and I said, ‘You know what? I got him. This has to be him,’ and they were surprised to hear that he was in Florida. We never had any idea he was in Florida – never,” Solorzano said.

The Perez family flew from their home in Charlottesville, Virginia, Wednesday to a Fort Lauderdale courtroom to finally meet Jose Perez.

“(It was) very emotional to see him handcuffed, but I’m very happy,” Solorzano said.

Perez, who has been in and out of jail over the past two decades, is homeless. He has been jailed since January when he was accused of trying to steal a bicycle out of a Coral Springs garage.

“Under the circumstances that we found him, they’re not the best, but you know what, no one’s going to judge him,” Solorzano said. “We’re going to help him get out of that ditch.”

Perez’s family told a judge that they’re more than willing to take him in, so Judge Edward Merrigan reduced Perez’s bond from $50,000 to $6,000.

“People sometimes only get one opportunity in life to really make a difference and to change the course of their future, and here is his opportunity,” attorney Ken Padowitz said. “His family has finally found him after searching for him for 42 years.”