Ken Padowitz is a defense attorney and former prosecutor. He is not connected to the Cruz case but gave us insight into the potential information recovered through these search warrants.

“They can look at not only what was written by an individual, by a defendant, but they can also look at time stamps, potential locations, so there may be all kinds of evidence, crucial evidence that be gleaned by prosecutors scouring social media sites,” Padowitz said. 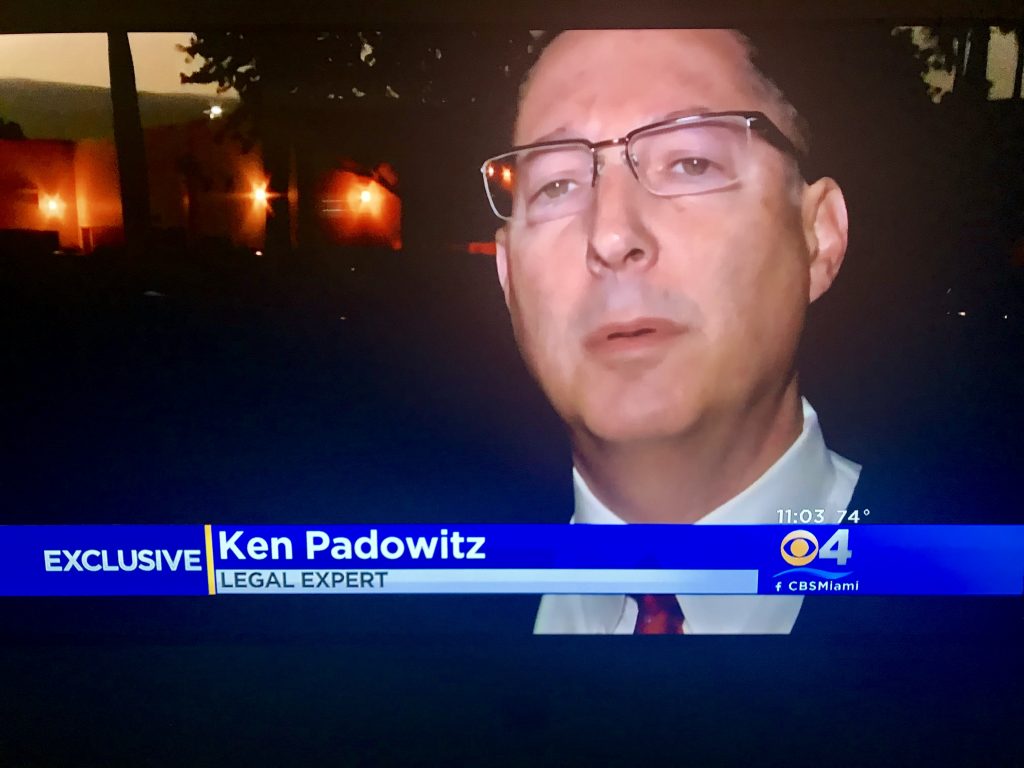 We’ve known that investigators were digging into Cruz’s life in the days following the deadly mass shooting at Marjory Stoneman Douglas High School and the court documents show how deeply detectives are searching Cruz’s digital footprint for evidence of motive and planning.

Cruz lived a chunk of his life online. Some of his posts show him with guns and other weapons, talking about killing wildlife and discussing purchasing firearms.

Ken Padowitz is a defense attorney and former prosecutor. He is not connected to the Cruz case but gave us insight into the potential information recovered through these search warrants.

“They can look at not only was written by an individual, by a defendant but they can also time stamps, potential locations, so there may be all kinds of evidence, crucial evidence that be gleaned by prosecutors scouring social media sites,” Padowitz said.

The search warrants show that investigators received digital content from the social media companies and the surveillance from the Broward School District as well as the drone footage they requested.

The day after the shooting, detectives filed a search warrant to search through 6 computers, 4 phones and an Xbox seized at an undisclosed location in Palm Beach County.

The search warrant does not indicate who the devices belong to or where they were taken from. However, it reads that detectives want to search for, “Any and all GPS and/or Geolocation data as it relates to murders as set forth in the probable cause section, showing any pre-planning or scouting of the crime scene leading up to and including February 14, 2018.”

That’s the day Cruz is accused of murdering 17 people and wounding 14 others at his former high school. And there are clues at the school in this investigation.

Detectives also made a formal request for the, “footage from over 70 cameras located in and around the school.”

Detectives are also requesting drone images be taken of the school and the surrounding areas as part of determining precisely what unfolded that day and to get “measurements obtained by use of photographs.”

Here’s a bit of what detectives are looking for:

“All communications and/or images which tend to establish the pre-planning and premeditation of Suspect Nikolas Cruz to commit the crime of murder.”

“All communications and/or images after the murder which tend to establish the identity of Cruz and any motives for Cruz to commit the crime of murder.”

We’re told Cruz’s social media accounts were shut down the day after the murders but some of the biggest social media companies in the world were served with these search warrants in the days following the violence to help detectives piece together Cruz’s actions, motives and state of mind in the days leading up to the violence he’s accused of perpetrating at the Parkland school.

A spokesperson for the Broward Sheriff’s Office would not comment on anything they recovered as a result of these search warrants.

Also in court Friday, prosecutors filed half a dozen subpoenas in the criminal case. They are seeking Nikolas Cruz’s school records from Broward and Palm Beach County’s, mental health records from 3 different facilities and medical records from the Broward Health system.

To read article or watch Video on CBS4 CLICK HERE

Note: Ken Padowitz grew up in Broward County where he was a student and then came back as a Teacher in Broward Public Schools before attending Law School. He was deeply saddened by the tragedy in Parkland. Ken knows people at the School and residents who were profoundly affected by the shooting. Having initially turned down many requests by the media to be a legal analyst on the case, Ken decided to continue educating the public on the legal aspects of the situation as he has done so for over 25 years. Ken has donated to causes associated with the Parkland tragedy and strongly encourages others to do so.