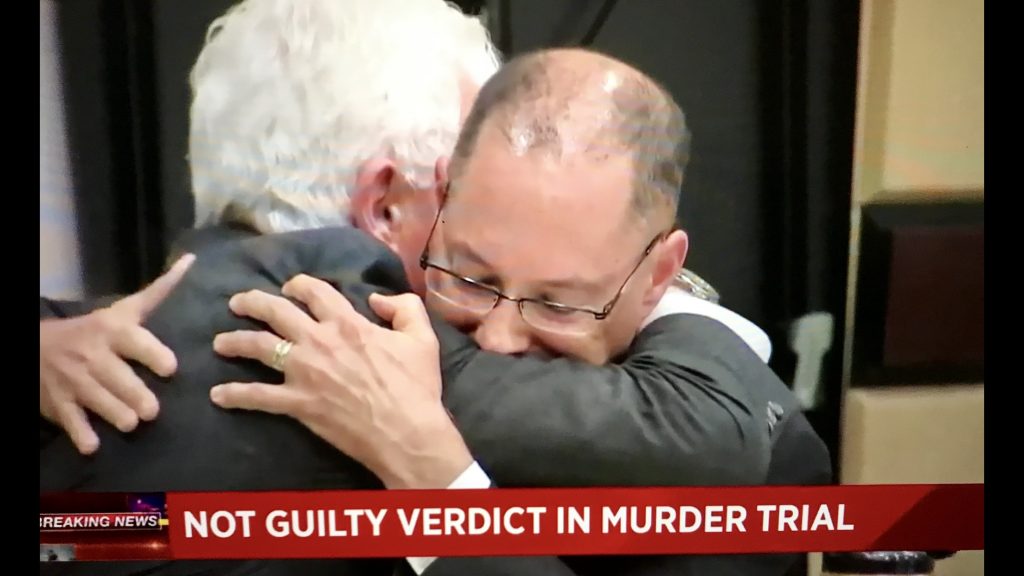 FORT LAUDERDALE, Fla. – A South Florida man who was on trial in the 2015 choking death of his girlfriend has been found not guilty of murder.

The jury heard closing arguments in the morning and deliberated for a few hours in the afternoon before returning the verdict.

Patterson did not testify. Instead, the defense called on Dr. Ronald Wright, a former Broward County medical examiner, who said it was possible that Marquinez could have choked during oral sex.

Padowitz told jurors that the medical examiner’s autopsy report said the manner of death was undetermined.

Assistant state attorney Peter Sapak questioned why Patterson didn’t call 911 right away and reminded jurors of testimony from an ex-girlfriend, who said he told her that he choked Marquinez. He also re-read a text message that Patterson’s daughter said she sent him to him the day after Marquinez was killed.

“Your dad did something really bad last night,” Sapak said, reading the text message Amanda Schneider said Patterson sent to her. “I’m so, so sorry.”

Before the trial began, Padowitz filed a motion asking that the jury be allowed to see Patterson’s penis, but the defense rested before Broward County Judge Lisa Porter made a decision.

Patterson hugged Padowitz after the verdict was announced.