“It is rare in a murder case that the medical examiner can’t say the manner of death is a homicide,” Padowitz said. 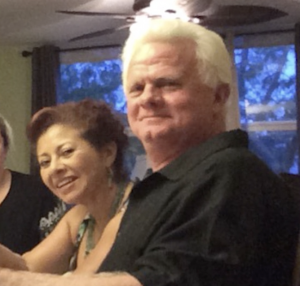 A man accused of murdering his girlfriend in her bedroom is now saying she accidentally choked to death while performing oral sex. He wants a judge’s permission to show the jury his penis to prove it.

Richard Henry Patterson, 65, of Margate, admitted from the start that he choked his girlfriend, Francisca Marquinez, 60, on Oct. 28, 2015. But he never said how.

And while his request is unusual, Patterson’s attorney Ken Padowitz said it is key to his argument, which he called a variation on the “rough sex” defense that has been used in numerous trials across the country over the years. The heart of the argument, which is not often successful, is similar in each case: The victim died by accident while engaged in consensual sexual activity.

“Dr. [Ronald] Wright, an expert witness and former Broward County medical examiner, will testify that … her death is consistent with being accidentally sexually asphyxiated during oral sex,” Padowitz wrote in the motion. “It is material and relevant. The view by the jury is essential for them to fully understand the Dr. Wright’s testimony and the defense in this case.”

Wright was Broward’s chief medical examiner from 1980 until 1994. Since then he has testified in hundreds of cases, usually for the defense in criminal cases. He declined to comment Friday.

If the disrobing were to take place, Padowitz requested that it happen outside of public view, with only Broward Circuit Judge Michael Ian Rothschild, lawyers, a bailiff, the jury and the defendant present, according to the motion filed May 1.

“It’s a desperate man trying a desperate tactic,” said Marquinez’s son, Omar Andrade, 41, who lives in New York. “He’s just trying to get off the hook.”

He described his mother as kind, friendly and independent. Andrade said he met Patterson only once or twice, shortly after Marquinez began dating him in the summer of 2015. “I didn’t think anything of him in particular,” he said. His mother’s death and Patterson’s murder charge were a shock, he said. She never gave Andrade any indication that there was something dangerously amiss.

Marquinez’s neighbors in Margate’s Royal Palm Garden community, Eddie and Christianne Pathik, said Marquinez was unhappy in her relationship with Patterson. “Two days before she died, they were arguing, shouting at each other,” Eddie Pathik said, translating for his Portuguese-speaking wife. “She was trying to break off the relationship.”

No hearing date has been set for the motion, and the Broward State Attorney’s Office has declined to comment about the case. Patterson is charged with second-degree murder, with jury selection scheduled to begin May 15.

Brooklyn defense lawyer Joyce David, who has used another variation of the rough sex defense, said the challenge lies in handling the probable backlash, both in public opinion and, more importantly, from the jury. “The backlash is something you need to get in front of during the jury selection process,” she said.

David’s client in a 2009 case was accused of raping a woman and killing her. The defense was that the woman died during rough sex play with someone else — that her client had nothing to do with it. The jury rejected her argument.

Told about Patterson’s defense, David said the idea of having a client disrobe in front of a jury is probably unnecessary. “Really, couldn’t they just make a mold or something?”

Padowitz said he’s considering that approach if the judge turns down his request.

According to arrest records, Patterson called Padowitz before police discovered the victim’s body. Padowitz contacted police and told them to search the victim’s apartment. Once inside, police found the body. Marquinez had already been dead between eight and 24 hours.

According to the autopsy, Marquinez showed no signs of trauma — there were no bruises on her neck. But the autopsy also notes that the body was in an early stage of decomposition, making some bruising more difficult to detect with certainty. The medical examiner was unable to reach a definitive conclusion about the cause and manner of death.

“It is rare in a murder case that the medical examiner can’t say the manner of death is a homicide,” Padowitz said.

Without Patterson’s statements to a daughter and a friend, Padowitz said, prosecutors wouldn’t have a case. Patterson told his daughter in a text message that he “did something bad.” He later told a friend, “I choked her. I choked Francisca.”

“He said he choked her,” said Padowitz. “He never said he strangled her.”