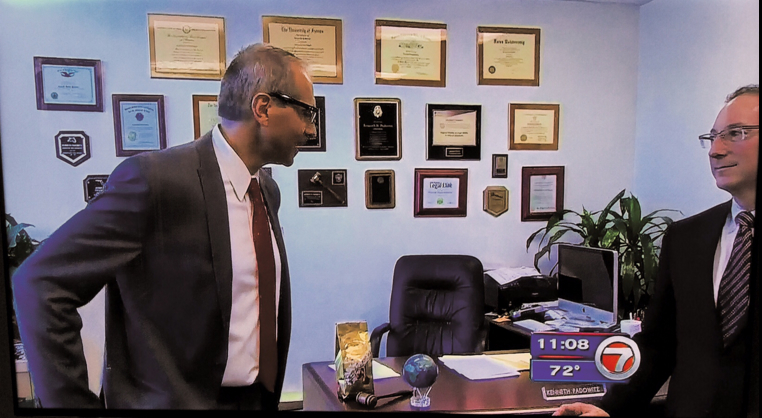 Padowitz, said, “We hope the Fort Lauderdale Police Department is going to do the right thing and reinstate this officer with full back pay, with an apology for how the department treated this officer …

FORT LAUDERDALE. Fla. (WSVN) — A suspended Fort Lauderdale police officer who was charged for illegal narcotic activity was dismissed of his final charge by a judge, Friday morning.

The police officer, Kevin Pisano, was arrested four years ago for giving four Percocet pills and a Vicodin pill to a confidential informant while sitting in his police vehicle.

Pisano was charged with delivering prescription drugs to an informant and possessing a controlled substance.

In November, Pisano had two felony charges against him dismissed due to police entrapment. The judge cleared said charges because the informant and the police had “acted in a way that offends decency and a sense of justice,” said the judge.

However, one charge remained against him.

On Friday, the judge ruled that he was entrapped by his own police department, and had the final count against him dropped. The judge had concerns about the way the investigation was handled by Pisano’s own colleagues in the police department.

Investigators said Pisano gave prescription pain pills to a confidential informant. However, according to his attorney, Ken Padowitz, Pisano was entrapped.

Padowitz said, “And what happened is the Fort Lauderdale Police Department, using this quote-unquote confidential informant, basically attempted to communicate with officer Pisano, who’s not returning his communications, wasn’t returning any of the messages that were being sent. Not five, not ten, but 82 communications.”

According to Padowitz, many of those incoming messages were never saved, with some of the messages containing nude photos.

“You cannot entice and pull in someone who is not being, or conducting, criminal activity,” said Padowitz.

Pending the outcome of the trial, Pisano will continue to be suspended without pay.

7News reached out to the Fort Lauderdale Police Department, but so far they have not yet formed a statement.