Padowitz, 40, who grew up in west Broward and is an adjunct professor at Nova Southeastern’s law school, has taken a lot of good-natured ribbing from his prosecutor colleagues. They welcomed him back from a trip to New York for a series of TV interviews with a giant poster on his door that labeled him “Minister of Justice.” It was a reference to the numerous times that he said he had to follow American Bar Association guidelines that say prosecutors should do justice, not just try to convict everyone accused of a crime.

Long before prosecutor Ken Padowitz hit the talk show circuit to explain why he is leading the clemency effort for 14-year-old convicted murderer Lionel Tate, he was a first-year law student trying to cope with the 1984 murder of his friend and classmate, Ken Rabb.

“I remember looking at [Hancock] and thinking ‘I want to be that guy,'” Padowitz said last week. “Watching him made me realize that I wanted to be a prosecutor.”

He followed Hancock’s career path, joining the Broward State Attorney’s Office and earning his way to one of the most-coveted jobs there: homicide unit prosecutor. All these years later, as Padowitz seeks clemency for Tate, he is walking in Hancock’s footsteps in a way that he never anticipated.

Hancock earned a similar level of criticism and heroism in 1990 when he took the unusual and controversial step — for the prosecutor in the case — of supporting clemency for Roswell Gilbert. The man, who was in his 70s, was sentenced to life after Hancock prosecuted him for what Gilbert said was a mercy killing.

“The cases are similar,” Hancock said. “You have a real old man and a young child both facing life in prison. Their victims were equally defenseless, an elderly ill woman and a little first-grader. But would it be justice for Roswell Gilbert or Lionel Tate to end their days in prison?”

Gilbert was 75 when he fatally shot his wife, Emily, 73, an Alzheimer’s patient who also suffered from osteoporosis in her spine. He was convicted of first-degree murder in 1985, which at the time meant he would be eligible for parole only after 25 years. He seemed destined to die in prison.

Tate was 12 when he beat Tiffany Eunick, 6, to death at his Pembroke Park home. He had met the little girl about a month earlier when their mothers became friends. Now, a life sentence means life without parole unless he gets a reprieve.

About six months after Gilbert was imprisoned, Hancock opposed a first request for clemency by Gilbert’s attorneys. But when Gilbert had served about five years of his sentence, Hancock, who had gone into private practice, changed his mind and supported the effort to release Gilbert early.

As Hancock watches the public reaction to Padowitz’s decision to support reducing Tate’s sentence, he remembers the abuse that he got from people who second-guessed his prosecution of Gilbert. Some criticized him for pushing to release the 80-year-old Gilbert in 1990 so that he could die at home, as he did four years later.

“I got about 300 hate letters,” said Hancock, adding that he keeps them in a drawer at his office at the prestigious law firm of Krupnick Campbell, where he is a senior partner handling personal injury cases. “They said that my family should suffer and die from Alzheimer’s.” 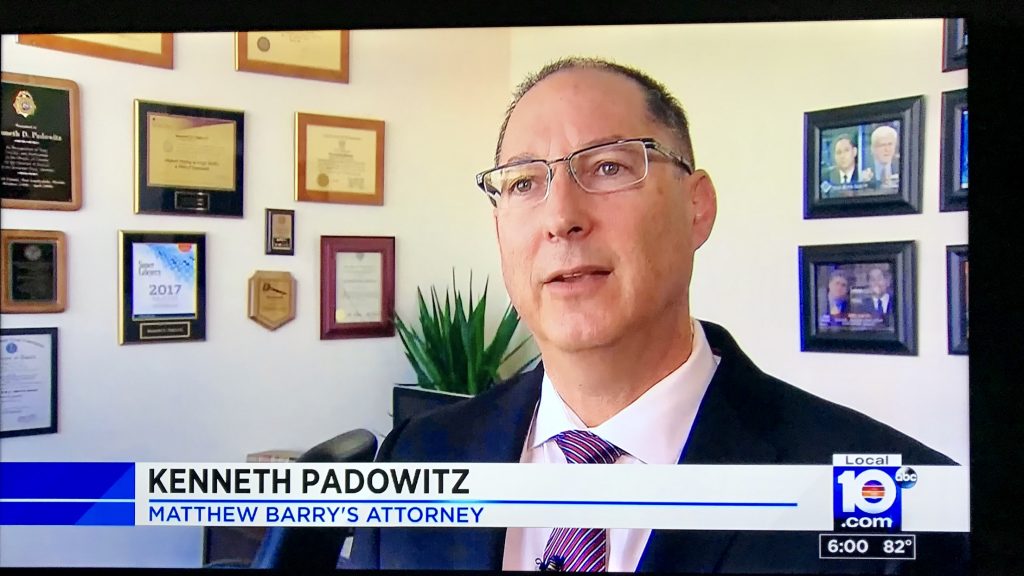 Similar letters have poured into Padowitz’s office, and he has been alternatively roasted and toasted by members of the public for his actions.

Even the trial judge, Broward County Judge Joel T. Lazarus, delivered a scorching criticism of Padowitz in his sentencing order, which was carried live on several networks and reported by newspapers around the nation and the world. Lazarus implied that Padowitz was undermining the public’s faith in the justice system.

“It not only casts the prosecutor in a light totally inconsistent with his role in the criminal justice system, but it makes the whole court process seem like a game, where if the results are unfavorable, they’ll run to a higher source to seek a different result,” Lazarus said.

Padowitz said he has read the letters and heard the criticism but still thinks what he is doing is appropriate. He is the divorced father of two boys, ages 8 and 12.

Padowitz has been called a hypocrite by some for seeking a life sentence for Tate and prosecuting him as an adult. Others criticized his legal decision to argue that Tate killed Tiffany while committing aggravated child abuse, apparently the first time the statute has been used to punish a child for beating another child to death. He has also been criticized for being too lenient by those who think that Tate should serve life or even get a death sentence for what he did.

“It seems like half the world has called and e-mailed or written me and told me I’m being too lenient by going to the governor. And half the world has told me that Lionel Tate should be home with his mother. That tells me I’m doing the right thing,” Padowitz said. Tate’s attorneys have not yet filed a request for clemency, which Gov. Jeb Bush has indicated he will put on a fast track.

Padowitz has a reputation among local defense attorneys as an aggressive prosecutor who seems to enjoy the adversarial atmosphere of the courtroom. Of the 34 first-degree murder trials he has prosecuted, he got only one “not guilty” verdict, and he has already thrown his hat in the ring, unsuccessfully, for a judge’s job.

“He’s well-prepared and aggressive. He’s big on repetition and he thinks if he says it enough times, it makes it so,” said Jim Lewis, Tate’s trial attorney.

Padowitz is tough, Lewis said, but he appreciates the compassion the prosecutor is showing for Tate.

From practically the first court hearing on the case to his recent appearances on Larry King Live, Burden of Proof and Good Morning America, Padowitz has always said that Tiffany was brutally murdered and that Tate committed first-degree murder when he killed her. But he acknowledges that he planned to seek clemency for Tate long before he got the conviction because he did not think the life sentence was appropriate for Tate, given that he was 12 at the time and other circumstances of the case.

Padowitz spent sleepless nights trying to decide what to do. Then he talked to Tiffany’s mother, Deweese Eunick-Paul, his mentor and boss of the homicide unit, Chuck Morton, and to State Attorney Mike Satz, who told him: “Do the right thing.”

“What the jury did was correct and what the judge did was correct,” Padowitz said. “But I feel very comfortable and confident in the decision that I’ve made in this case. When Judge Lazarus criticized me for indicating I was willing to go to the governor, I feel I’d wear that criticism as a badge of honor.

“If a prosecutor doesn’t have the ability and the opportunity to do the right thing, then he shouldn’t be doing this job.”

“If a prosecutor doesn’t have the ability and the opportunity to do the right thing, then he shouldn’t be doing this job.” 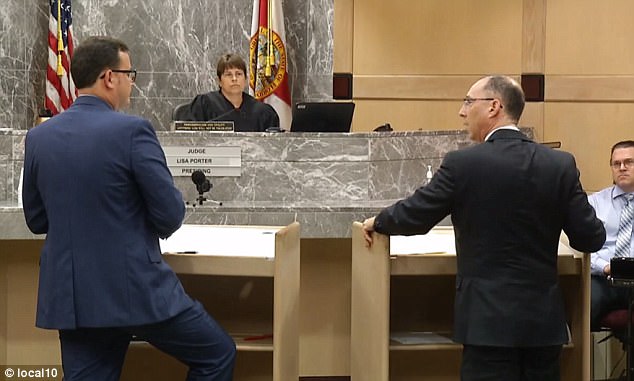 Padowitz, 40, who grew up in west Broward and is an adjunct professor at Nova Southeastern’s law school, has taken a lot of good-natured ribbing from his prosecutor colleagues. They welcomed him back from a trip to New York for a series of TV interviews with a giant poster on his door that labeled him “Minister of Justice.” It was a reference to the numerous times that he said he had to follow American Bar Association guidelines that say prosecutors should do justice, not just try to convict everyone accused of a crime.

Eleven years after making his own controversial decision, Hancock says he thinks that Padowitz should follow his instincts.

Hancock reached his decision to support Gilbert’s clemency by a different route. He said he was at first appalled that Gilbert shot his wife, then reloaded his gun and shot her again when he realized she was not dead.

But Hancock, who is 51, said his perspective changed as he matured, married and started his own family. He was ready to meet with Gilbert and talk to him after Gilbert had done some time in prison. When he was prosecuting Gilbert, he was barred from talking to him about the case.

“As a prosecutor, you know the crime but not the defendant. … We never really get to know the person,” Hancock said.

When he spoke to Gilbert in prison, he said he saw a side of him that he had not previously seen.

“I saw the love there was that he had for his wife,” Hancock said. “I had never seen that in him before.”

As he looks back on the Gilbert case, Hancock says he wouldn’t change a thing.

“It’s not our job to convict — our job is to seek justice.”