Former Broward Prosecutor Ken Padowitz said the jury in this case will be told that a caregiver in this case is a person responsible for a child’s welfare.

“I don’t see where the debate is here. I think it’s very clear what the law says,” Padowitz said. “The officer wasn’t at that school to be part of the gardening club planting roses. He was there to protect the faculty and students. He was a caregiver clear as day.”

Peterson, who was fired from the sheriff’s office on Tuesday, is charged with seven counts of child neglect, three counts of culpable negligence, and one count of perjury. The charges stem from the February 2018 mass shooting at Marjory Stoneman Douglas High School in Parkland.

Thursday’s bond reduction hearing was before Judge Elizabeth Scherer, who is also presiding over the trial of the confessed school shooter Nikolas Cruz. 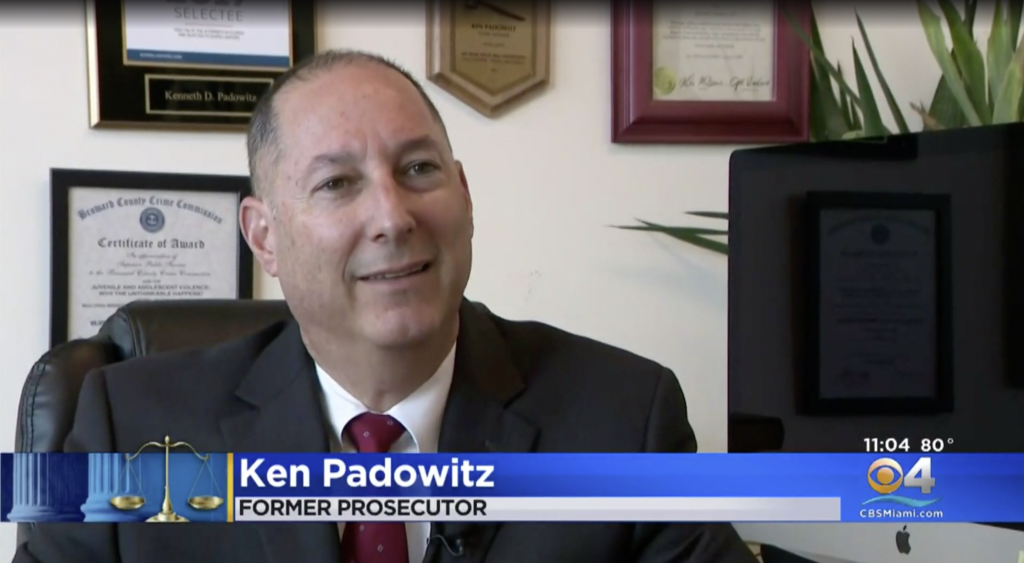 Peterson’s attorney Joseph DiRuzzo argued that his client’s bond should be reduced from the $120,000 set by another judge.

“Your honor my client lives in North Carolina and has for approximately the last year. Before that he was a long time resident of Broward County. He worked for the Broward Sheriff’s Office for decades as a school resource officer. My client has no criminal history, my client is not a risk to the community, he is not a flight risk,” said DiRuzzo.

The state countered that a criminal judge set the bond and they were not about to second guess him.

The state then presented its case as to why the charges against Peterson should remain, countering statements in the defense motion that they did not apply since Peterson was not a “caregiver” in his capacity as a school resource officer.

The judge agreed that he was not considered a flight risk. Since he resided in North Carolina, and would travel back to South Florida for court hearings, Judge Scherer said Peterson would have a standard pre-trial release which means he does not need to wear a GPS monitor.

Since his passport was on its way from North Carolina to South Florida, Peterson would have 48 hours to surrender it. Another condition of his release is that he could not be employed in a position that required him to be around minors. He was also not allowed to possess a firearm. 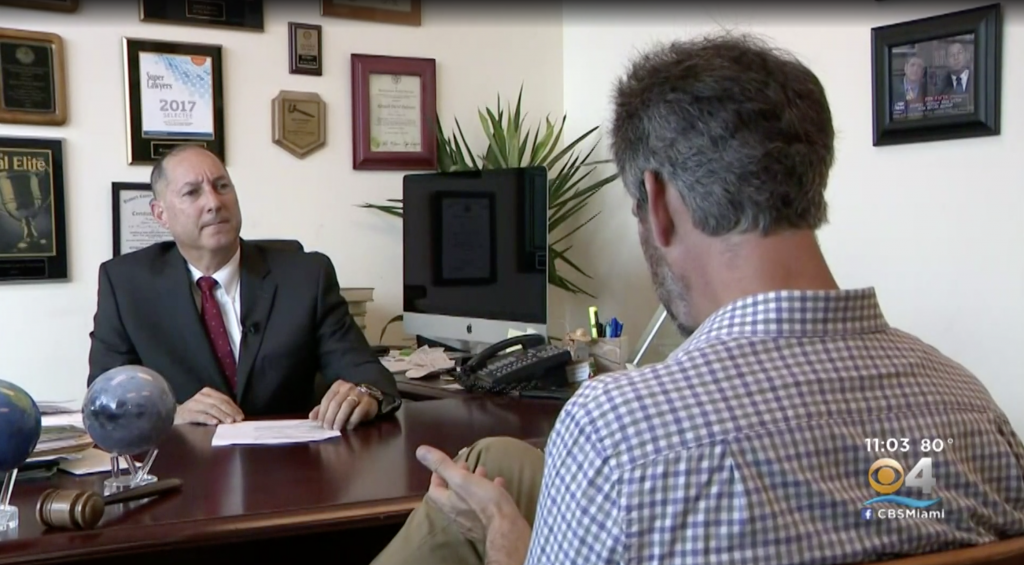 Peterson was the school resource officer at Marjory Stoneman Douglas High School during the school shooting. The investigation shows Peterson refused to investigate the source of gunshots, retreated during the active shooting while victims were being shot and directed other law enforcement who arrived on scene to remain 500 feet away from the building.

“I believe we need to trust the process and work through that to ensure the accountability folks are looking for is achieved,” said Broward Schools chief Robert Runcie.

On surveillance video, Peterson can be seen taking cover while the gunman shot 34 people.

“He stood there for some 45-48 minutes and did nothing. As a law enforcement officer, despite whatever policies and procedures agencies have, we swear an oath to protect and serve. I think this says he would be held accountable if you don’t do your job. You will be held accountable,” said Florida Department of Law Enforcement Commissioner Rick Swearingen.

A nine-month investigation by the FDLE determined 140 bullets were fired in the building.

“(The gunman) fired his weapon approximately 75 times between the time Deputy Peterson arrived and when he stopped shooting,” said Swearington.

Peterson’s charges are specifically related to the deaths and injuries of the ten students and teachers on the third floor of Building 12. This is when Peterson was outside the building but did not enter.

Peterson has apologized for his inaction and admitted his failures in a number of interviews.

Peterson gave conflicting statements over whether he heard the shots or not as he took cover. That led to his perjury charge.

If convicted, the 11 charges technically carry a maximum potential punishment of 96 ½ years in state prison.

“I cannot comprehend the actions of Deputy Scott Peterson. The ramifications of charging a law enforcement Officer with a criminal act as a caregiver is highly concerning and likely to have unintended and unprecedented consequences for good law enforcement officers in the future.”

Prosecutors allege that Peterson was a caregiver for the students and had a duty to protect them. Peterson’s lawyer says his client was not a caregiver.

“They are overreaching,” said Joe DiRuzzo, Peterson’s lawyer. “These definitions don’t apply to my client.”

Former Broward prosecutor Ken Padowitz said the jury in this case will be told that a caregiver in this case is a person responsible for a child’s welfare. Padowitz is not associated with the Peterson case and said his belief is that Peterson fits that criteria.

“I don’t see where the debate is here. I think it’s very clear what the law says,” Padowitz said. “The officer wasn’t at that school to be part of the gardening club planting roses. He was there to protect the faculty and students. He was a caregiver clear as day.”

Peterson’s attorney also took a swipe at BSO, saying they didn’t give Peterson a heads up that he was about to be arrested when he attended an internal affairs hearing this week.

“They proceeded to take him into custody instead of allowing him the courtesy to surrender and not have to be booked into the jail, which I believe under the circumstances was entirely unfair and uncalled for and basically unprofessional,” DiRuzzo said. “They didn’t have to do that.”

Debbie Hixon, whose husband Chris was murdered at MSD, offered her opinion on criticism of the way BSO handled the arrest.

“Peterson is the last person who should talk about being unprofessional,” she said.