Assistant State Attorney Ken Padowitz sought her cooperation. When she balked, he had her arrested in June. Then she talked and was released.

Richard Martin went on trial on Wednesday for the second time on charges that he sexually molested an 8-year-old girl.

The key witnesses who testified against him were his wife and the girl.

Jane Martin resisted initial efforts by the State Attorney’s Office to compel her to testify against her husband, but then she was given an incentive: three days in the Broward County Jail.

Spouses can be forced to testify against each other in child sexual abuse cases. Jane Martin gave several pre-trial statements under oath, and she told a Broward Circuit Court jury on Wednesday that her husband admitted some elements of the crimes with which he is accused.

“I am afraid of my husband,” she said.

Richard Martin, 48, was arrested in 1987 and charged with three counts of sexual battery on a child under the age of 12, a capital crime that carries a mandatory life sentence.

He was convicted and sentenced to three consecutive life terms, meaning he would have to remain in prison for at least 75 years before being eligible for release.

The conviction was overturned by an appeals court, however, which ruled that a detective who took Martin’s confession erred in advising him that he did not need to have a lawyer present. The confession will not be allowed at this week’s trial.

Jane Martin did not testify at her husband’s first trial. It was only after he was convicted that she said he admitted to her some details of the alleged crimes against the girl.

Assistant State Attorney Ken Padowitz sought her cooperation. When she balked, he had her arrested in June. Then she talked and was released. 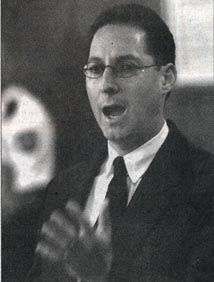 Almost immediately, Jane Martin said, her husband began phoning her from jail, urging her to flee the area or give perjured testimony.

With Jane Martin’s permission, the state recorded two of her husband’s calls to her, then charged him with tampering with a witness.

Jurors listened to excerpts of those calls on Wednesday. In them, Martin repeatedly urged his wife to disavow statements she made after her arrest.

In one conversation, Richard Martin denied he had threatened to kill the girl’s family. “The worst I threatened … (was) to smack the … out of the whole bunch,” he said. “That’s my style, walk in and punch the hell out of somebody.”

Also testifying on Wednesday was the child, now 14, a Girl Scout active in choir, band and a Christian youth organization. The composed eighth-grader described three incidents in 1985 in which Martin, who with his wife was living with her family in Fort Lauderdale at the time, sexually abused her.

She did not report the incidents for more than a year, she said, because she was afraid of Martin. “I hate him,” she said.

Martin, who has the name of “Doris” tatooed on his right forearm and “Arlene” on his left forearm, was convicted in 1960 in Dade County of lewd, lascivious and indecent assault on a child under the age of 14, and sentenced to five years in state prison.

During a sworn statement Jane Martin gave on June 14 — the day she was released from jail — Padowitz asked her why she didn’t divorce her husband.

“Because I love him.”