“I always had the same strategy throughout the trial,” Padowitz said. “The jury heard me say to them in opening that my client believed this was the way Ms. Marquinez died. What I didn’t tell them until closing is that he was most likely wrong.” 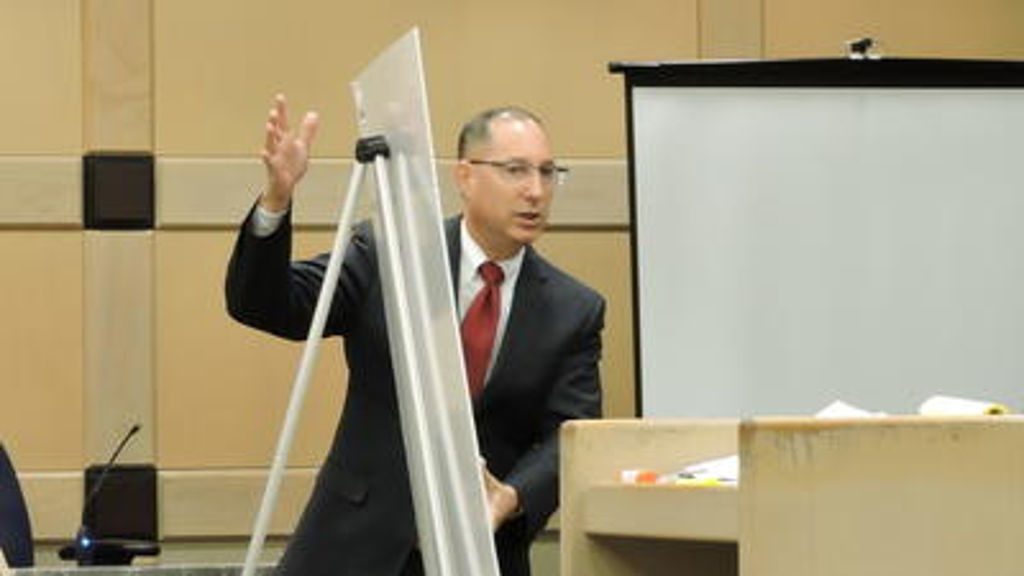 Francisca Marquinez did not die from choking to death on Richard Henry Patterson’s penis, and defense lawyer Ken Padowitz knew it.

But the unusual defense argument dominated the attorney’s opening statement and media coverage of Patterson’s second-degree murder trial, which ended May 22 with a not-guilty verdict.

Coupled with an attention-grabbing motion to allow Patterson, 65, to expose himself to the jury to prove such a cause of death was possible, the argument allowed Padowitz to wait until late in the trial to openly abandon the oral-sex theme in favor of something much less sensational — the possibility that Marquinez, 60, died of a heart attack or a stroke, and that Patterson had nothing to do with it.

The sudden removal of the most prurient aspects of the defense case stood in stark contrast to the testimony and presentations that came before, and it appears to have worked with the jury, which came back with an acquittal after less than four hours.

Padowitz said abandoning the death-by-oral-sex defense was his plan all along.

“I always had the same strategy throughout the trial,” Padowitz said. “The jury heard me say to them in opening that my client believed this was the way Ms. Marquinez died. What I didn’t tell them until closing is that he was most likely wrong.”

Patterson’s own words, conveyed to the jury second-hand through the testimony of his ex-girlfriend, provided prosecutor Peter Sapak with some of the strongest evidence in favor of conviction. According to the ex-girlfriend, Holly Graff, Patterson contacted her on Oct. 28, 2015, and told her that he choked Marquinez and she was dead. Graff did not remember in her testimony the exact words that Patterson used in his statement, and when detectives wired her to record later conversations with Patterson, he said nothing more incriminating. 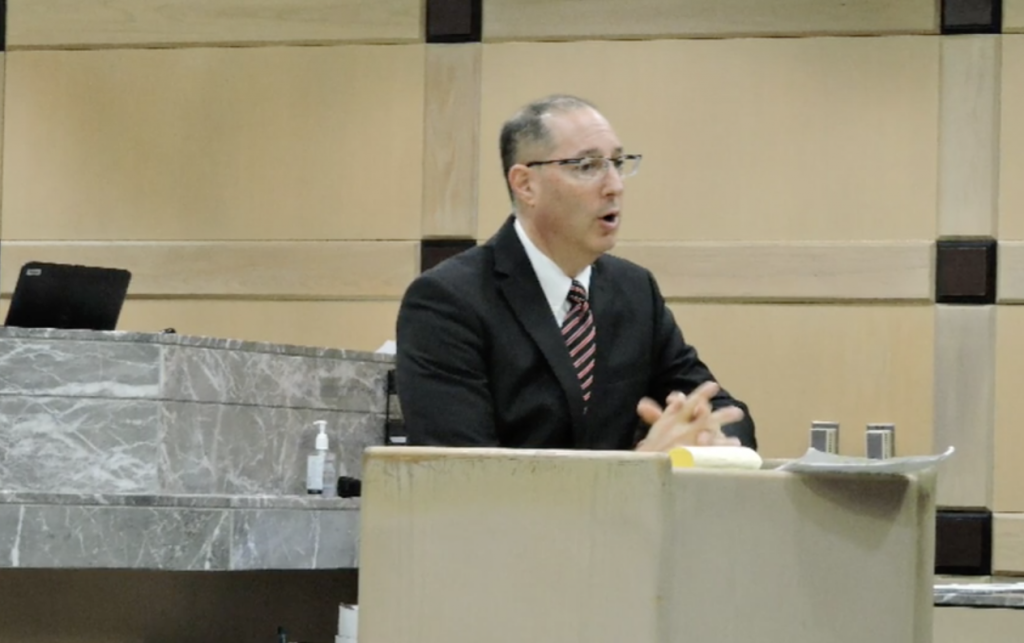 Patterson also sent text messages to his daughter indicating that he had done something bad and was sorry. He indicated he was suicidal.

Graff put Patterson in touch with the defense lawyer, who called police to Marquinez’s condo unit in Margate. There, they found her body, already decomposing to the point that an autopsy would fail to reveal an exact cause and manner of death.

There’s nothing unusual about a fatal heart attack that is not detected afterward, said Brian Peterson, president of the National Association of Medical Examiners, who was not a witness in the case. ‘With a rhythmic disturbance, the heart stops, and there’s nothing to see at autopsy,” he said. Other factors pointing to a heart attack might be present, but there would never be absolute certainty without witness testimony about the victim’s final moments, he said.

A human being with a blocked airway can lose consciousness after about 30 seconds, said former Broward Medical Examiner Ronald Wright, who testified for Patterson. But she likely would have struggled. There were no signs of such a struggle under her fingernails. And when the obstruction was removed, the victim would have resumed breathing. It would have taken two to three minutes of airway blockage to kill Marquinez.

That could have happened, but it is not likely, Wright said, echoing the conclusion of Associate Broward Medical Examiner Iouri Boiko, who conducted the official autopsy.

But it is what Patterson believed, Padowitz said. “That’s the context of why he made certain statements,” the attorney said. “The only evidence the government had in this case was statements made by my client. Those statements do not mean what the prosecution thinks they meant.”

Focusing on oral sex forced the prosecutor to spend time during the trial debunking the hypothesis, Padowitz said. Sapak spent several minutes during his closing argument explaining why the oral-sex defense made so little sense.

But when the time came to deliver his closing arguments, Padowitz simply agreed. “That’s not the way she died,” he said.

The Broward State Attorney’s Office declined to comment for this article. But Rossman, who left the office in 2014 after seven years as a homicide prosecutor, said he was troubled not by the defense’s argument, but by the narrative Padowitz presented to the jury without any testimony to support it.

Patterson never took the stand. But Padowitz painted a picture of what happened between Patterson and Marquinez that could have come only from the defendant. According to the attorney, Patterson and Marquinez engaged in consensual sex. Afterward, Patterson went to the bathroom for 15 to 20 minutes. When he emerged, Marquinez was dead. Humiliated and embarrassed for the woman he loved, Patterson became despondent and tried to overdose on sleeping pills. That caused him to pass out for more than 24 hours — explaining why Patterson did not call police.

When he woke up, Patterson knew how bad the situation looked and reached out to a friend, Graff, for help.

Only some pieces of that narrative were supported at trial. Graff said Patterson appeared groggy and disoriented when she saw him, and an empty sleeping pill bottle was found next to Marquinez’s bed. Investigators also found evidence that Patterson searched the internet for ways to kill himself.

Failing to present evidence to support an opening statement is beyond risky for a trial lawyer, said Geoffrey Hazard, emeritus professor of law at the University of Pennsylvania and co-author of the American Bar Association’s rules of ethics.

“When there’s a discrepancy between what counsel outlines and what the evidence shows, he’s taking a hell of a risk,” Hazard said. “It’s worse than unethical; it’s foolish.”

Rossman agreed. “There’s rules for a reason,” he said. “Salacious defenses that are teased but never presented, in my opinion, are designed to raise the attorney’s profile rather than the defendant’s interests.”

But Padowitz defended his conduct, saying Patterson did not decide to remain silent until after the prosecution rested its case. “I fully intended to have him testify,” Padowitz said. “But when the state failed to meet its burden, we decided it wasn’t necessary.”

It also became unnecessary to have Patterson disrobe for the jury, Padowitz said. “As distasteful and humiliating as the defense strategy was here, it was absolutely necessary since my client believed that was how this woman died,” he said.