Their first fight was at a South Beach club …, their rematch at a Miami-Dade County courtroom … (2005 Case) 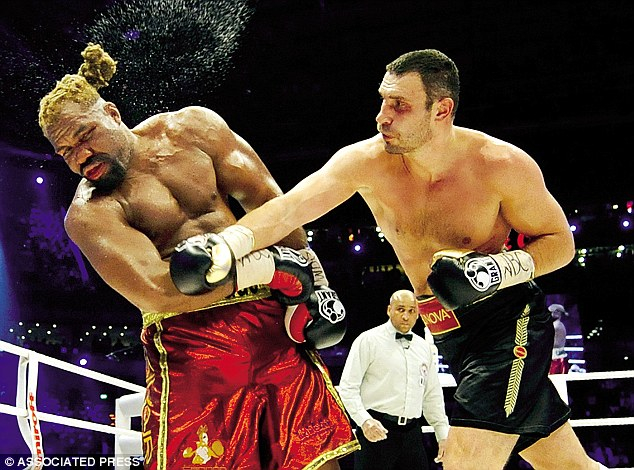 “This was not a fight. This was a brutal beating,” said Stinson’s attorney, Ken Padowitz, of Fort Lauderdale.

Their first fight was at a South Beach club three years ago, their rematch at a Miami-Dade County courtroom this week.

In one corner of the courtroom sat former heavyweight boxing champion Shannon Briggs, a 6-foot-4, 240-pound bruiser from Pembroke Pines who has made a living taking on boxing greats such as George Foreman and Lennox Lewis.

In the other corner, former University of Miami defensive lineman Brian Stinson, who at 6-foot-4 and 255 pounds is no tiny spectacle either, but said Briggs, 33, cut his gridiron career short by breaking his eye socket during a barroom brawl in 2001.

On Friday, a jury had to render a unanimous decision on whether they thought a jealous boxer inexplicably attacked the player, or whether Briggs was defending himself from a bar full of drunken football players.

After two hours of deliberation, the jury sided against Briggs, ordering the pugilist to pay $2 million in damages.

“This was not a fight. This was a brutal beating,” said Stinson’s attorney, Ken Padowitz, of Fort Lauderdale.

Padowitz asked the jury Friday to put a price on the lost career of a scholar-athlete who was working on his master’s degree while playing for a team known for producing all-star National Football League players. 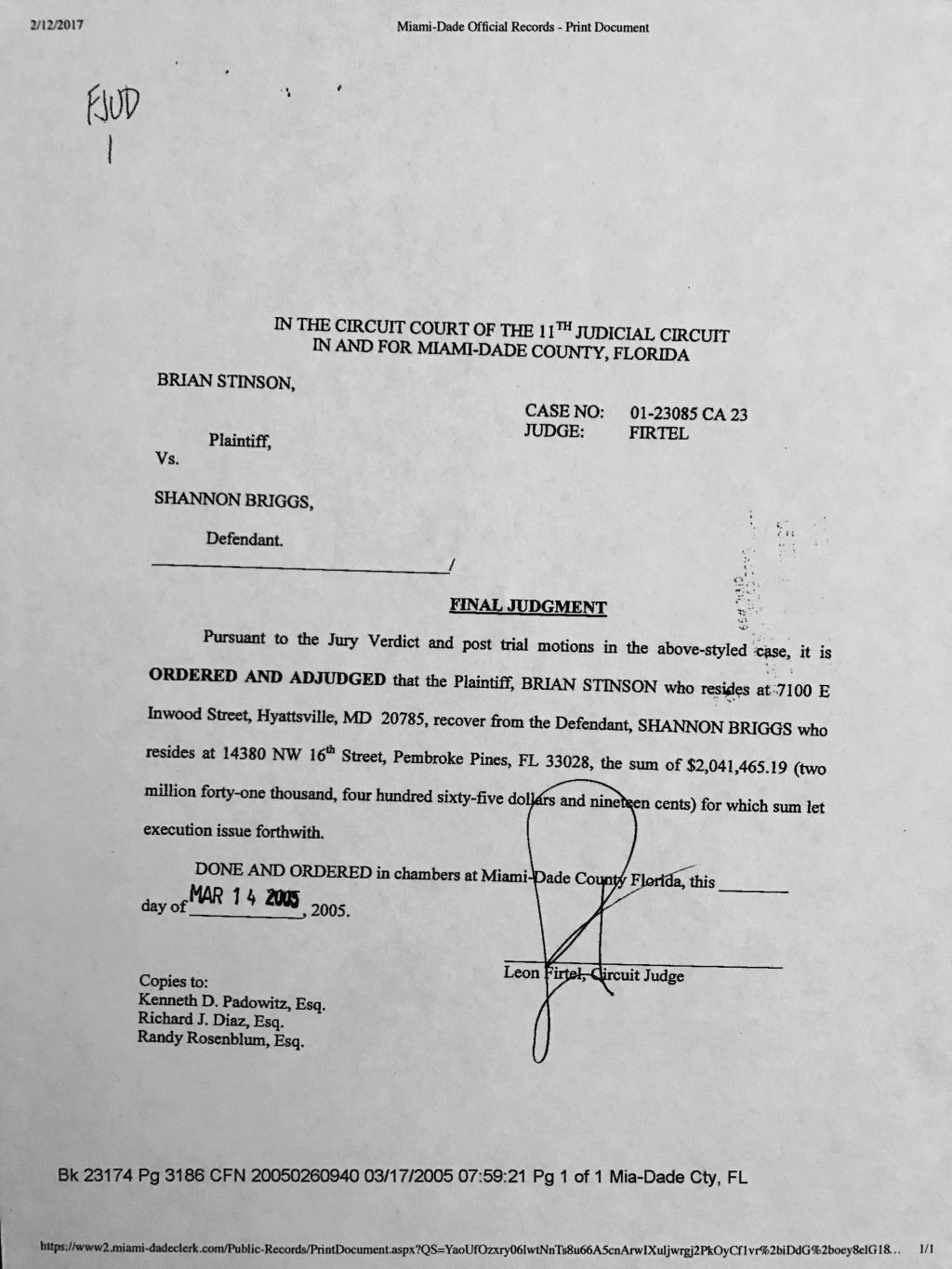 Stinson testified he and a group of Hurricanes players who called themselves the “Two-Gs” went to Club Krave in South Beach that evening for a party. He began chatting with an unidentified young woman at the bar when Briggs came out of nowhere and berated her. Briggs then began cursing at Stinson and gave him a shove that sent him through an exit door and into an alley, he said.

When he tried to return to the club, Stinson said he was met at the door by the same fists that have caused 25 first-round knockouts in a 12-year boxing career.