Ken Padowitz was a prosecutor for 16 years and is currently a criminal defense attorney and professor.

“Here they were served with a legal subpoena for the evidence and they are staying no, ‘We’re not going to honor that legal subpoena unless you meet our conditions and come to a legal agreement with us,’” he said. “That is absurd, obscene and anti-community, and this is the community McDonald’s serves.”

HIALEAH, Fla. – An 84-year-old woman was attacked at a South Florida McDonalds, and the fast food chain is not cooperating in the investigation.

McDonald’s is refusing to release surveillance footage of the attack, and it’s causing big problems.

The Miami-Dade State Attorney’s Office is calling the decision an injustice.

Despite a subpoena and after months of trying, McDonald’s refused to hand over the surveillance video of attack in the Hialeah restaurant’s parking lot.

On Tuesday, a judge ordered that the video be turned over to authorities.

The initial incident happened back in February, when the elderly woman was followed out of the restaurant and into the parking lot.

A police report said she was approached from behind and the suspect snatched car keys from around her neck, pushed her to the ground and took off in her Toyota Corolla.

Police on the scene viewed surveillance video. They recognized and identified 24-year-old Johnathan Reyes. He was taken into custody after fleeing from police several days later.

The video is obviously a key piece of evidence to prosecute Reyes and for months, prosecutors have been trying to get their hands on it. 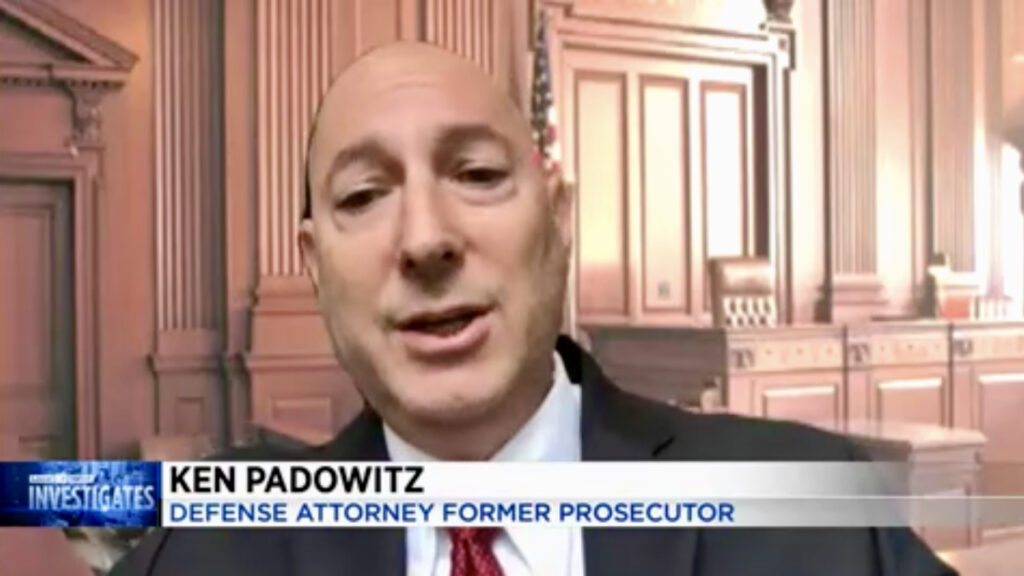 They issued a subpoena, but McDonald’s is fighting it in court.

The state attorney office then filed a motion asking a judge to order the video be handed over.

The motion accuses McDonald’s of withholding physical evidence, placing the prosecution in jeopardy.

“McDonald’s has always portrayed itself as a good corporate neighbor making a meaningful impact on all the diverse communities they serve. By intentionally withholding video evidence of a crime against an 84-year-old woman, McDonald’s appears unconcerned about this crime victim, unconcerned about Florida’s criminal statutes and deliberately unconcerned about the safety of the residents of Miami Dade County.”

McDonald’s said they would hand over the video if prosecutors agreed not to give it to a third party, including the media, and then give it back once trial is over.

Ken Padowitz was a prosecutor for 16 years and is currently a criminal defense attorney and professor.

“An individual or corporation cant withhold that evidence and dictate the conditions they will release it,” Padowitz said, adding that in his 33 years of practicing law, “I’ve never seen anything quite like this.”

Padowitz said the video can’t be given back. It needs to be preserved by clerks in case of an appeal after trial.

“Here they were served with a legal subpoena for the evidence and they are staying no, ‘We’re not going to honor that legal subpoena unless you meet our conditions and come to a legal agreement with us,’” he said. “That is absurd, obscene and anti-community, and this is the community McDonald’s serves.”

Local 10 reached out to McDonald’s USA and their attorneys for comment and received the following late Tuesday afternoon:

“At McDonald’s, our highest priority is always the safety and well-being of our employees, customers and community. We strive to be good neighbors and partners and always work to cooperate with authorities. We have been fully cooperating with the City of Hialeah Police Department since the start of their investigation. The police department has reviewed the video at the restaurant and we are working directly with the State Attorney’s Office on this matter.”

According to the judge’s order, McDonald’s has until Oct. 23rd at 5pm to turn over the tape or face sanctions.

The elderly victim has asked we not identify her for her safety.